What is the Great American Smokeout?

Every year, smokers across the nation take part in the American Cancer Society’s Great American Smokeout® by smoking less or quitting for the day on the third Thursday of November. The event challenges people to stop using tobacco and raises awareness of the many effective ways to quit for good.

In many communities, local volunteers support quitters, publicize the event, and press for laws that control tobacco use and discourage teenagers from starting.

Research shows that smokers are most successful in kicking the habit when they have some means of support, such as nicotine replacement products, counseling, prescription medicine to lessen cravings, guide books, and the encouragement of friends and family members.

Despite that, only about 1 in 7 current smokers reports having tried any of the recommended therapies during his or her last quit attempt. Telephone quitlines are a convenient new resource, available for free in many states.

How the Great American Smokout Began

The Smokeout has helped bring about dramatic changes in Americans’ attitudes about smoking, which have led to community programs and smoke-free laws that are now saving lives in many states. The event began in the 1970s when smoking and secondhand smoke were commonplace.

Even though GASO officially began in 1977, the event’s roots reach back to 1971, when Arthur P. Mullaney challenged the citizens of Randolph, Massachusetts, to give up cigarettes for the day and donate the saved money to a high school scholarship fund. Mullaney coined the term Smokeout.

Later, Lynn R. Smith, editor of the Monticello Times in Minnesota, spearheaded that state’s first D-Day, or Don’t Smoke Day. D-Day spread like wildfire throughout Minnesota and then blazed west to California. The idea caught on, and on November 18, 1976, the California Division of the American Cancer Society successfully prompted nearly one million smokers to quit for the day. That California event marked the first Smokeout, and the Society took it
nationwide in 1977. 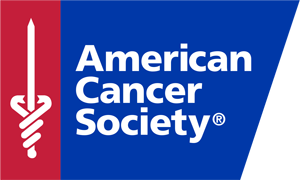