Since West Nile Virus (WNV) arrived in Illinois at the end of the Summer of 2001, dead birds have been important sentinels for early WNV activity. 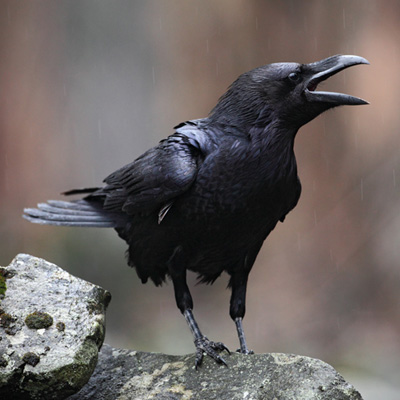 Adult crows are all black including feathers, beak, legs and feet. Juvenile crows have brownish-black feathers. 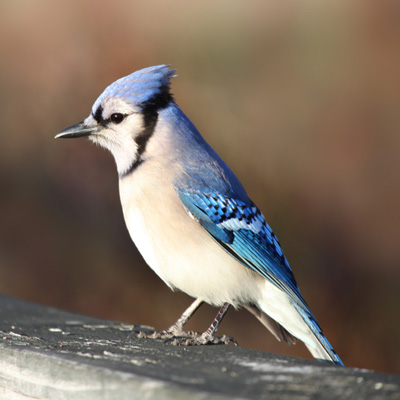 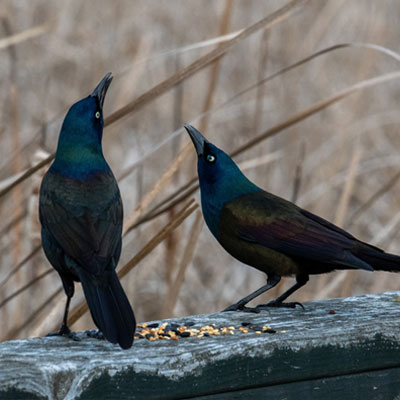 The head of a grackle has a purple or green iridescent sheen. The rest of the body is black or brown-black.

Crows can be confused with other birds with black feathers such as starlings, grackles, blackbirds and cowbirds. But adult crows are larger, about 17 to 21 inches in length, while juvenile crows are about 10 inches in length. Adult crows are all black including feathers, beak, legs and feet. Juvenile crows have brownish-black feathers. A crow’s nostrils are covered with hair-like bristles.

Starlings are robin-sized birds with iridescent black, spotted feathers and yellow beaks. They have very short tails, about 1/3 the length of the rest of the body.

Grackles are 11 inches to 13 inches long, also black, smaller than crows but larger than robins. The head of a grackle has a purple or green iridescent sheen. The rest of the body is black or brown-black. The eyes are yellow. They can be distinguished from crows because their tails are V-shaped and tail feathers are nearly as long as the body.

Bird images and descriptions for crows, blue jays and birds that may be confused with them can be found on the IDPH web site.

Birds submitted for testing should be “eligible” birds with no obvious cause of death, such as birds killed by a gunshot or birds found crushed on a roadway that are most likely killed by motor vehicles.

Note: Birds dying from WNV are usually found singly, scattered over a wide area. In contrast, birds that die from other causes (storm mortality, food poisoning, toxicants) often die in groups or clusters in a small area.

Submitted birds should be believed dead less than 48 hours – they should be put on chill packs or refrigerated ASAP. Birds should only be submitted if they have not been damaged by scavenging animals and are not decomposed. Decomposed animals can be recognized as having a strong odor, eyes deflated or dried, maggots present, or bloated from decomposition gases – those specimens should be discarded.