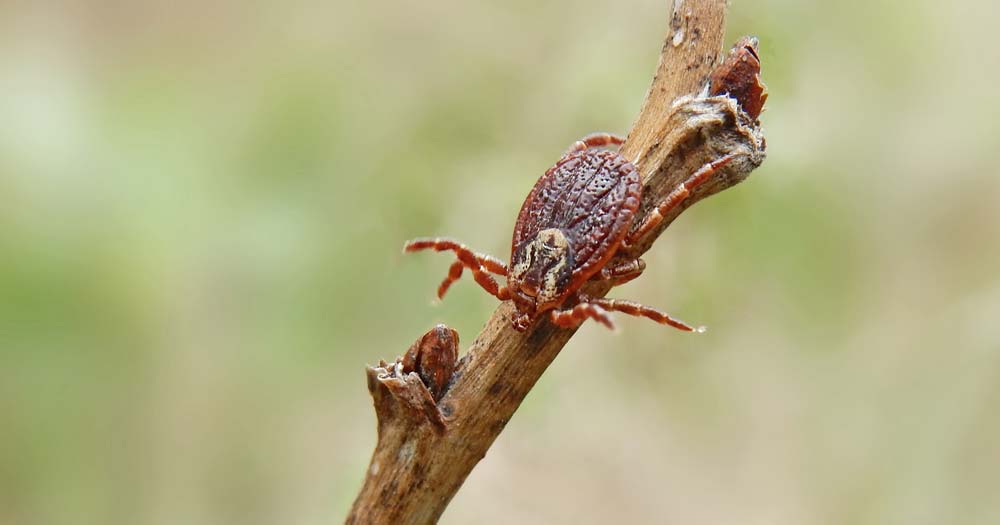 What is Lyme disease?

Lyme disease is a bacterial disease transmitted by infected ticks. It was first recognized in the United States in 1975 after a mysterious outbreak of arthritis near Old Lyme, Connecticut. Since then, reports of Lyme disease have increased dramatically, and the disease has become an important public health problem.

How does a person get Lyme disease?

Lyme disease is transmitted by the bite of an infected deer tick, which also is known as the black-legged tick. (Not all ticks carry the bacterium, and a bite does not always result in the development of Lyme disease. However, since it is impossible to tell by sight which ticks are infected, it is important to avoid tick bites whenever possible.) Immature deer ticks can be very small, about the size of the head of a pin; adult deer ticks are slightly larger. Both can be infected with and transmit Lyme disease. Deer ticks acquire the bacteria by feeding primarily on small mammals infected with the bacteria, particularly the white-footed mouse. (Domestic animals can become infected with the Lyme disease bacteria and some may develop arthritis, e.g., dogs, cattle and horses.)

What are the symptoms of Lyme disease?

Signs and symptoms can vary greatly from one person to another. Symptoms also vary with the length of time a person has been infected. A ring-like red rash occurs in about 60 percent of cases and begins three days to 32 days after the bite of an infected tick. The red rash at the bite site is circular and grows larger over a few days or a few weeks. In the center, the rash usually clears and has been described as resembling a bull’s-eye. Generally, the rash is warm to the touch, but not painful. Often this rash is accompanied by one or more nonspecific symptoms: fatigue, chills and fever, headache, swollen lymph nodes, and joint and muscle pain. An allergic reaction to tick saliva can often occur at the site of the tick bite. Such allergic reactions, which are not a sign of Lyme disease, usually occur within hours to a few days after the tick bite, usually do not expand like the Lyme rash and disappear within a few days.

Some people are not diagnosed with Lyme disease in its initial stages because early symptoms are similar to those of more common diseases, such as influenza or mononucleosis, and many infected persons do not recall a tick bite. Weeks to months or years later other symptoms can develop if the disease is not diagnosed and treated. These include symptoms of meningitis, certain heart irregularities, blindness, memory loss, temporary paralysis of certain facial muscles, pain with numbness or weakness of an arm or leg, and, most commonly, arthritis.

When should I seek a physician’s care after a tick bite?

If you experience a bull’s-eye rash or any unexplained illness accompanied by fever following a tick bite, you should consult your physician and explain that you were bitten by a tick.

Can Lyme disease be treated?

Yes. Treatment of Lyme disease consists of administration of the appropriate antibiotics. Oral antibiotics are usually used; however, intravenous antibiotics may be used if the disease has gone untreated or is difficult to control. The selection and use of an antibiotic varies depending on the patient’s symptoms and whether or not he or she is treated early in the infection.

How do I avoid getting bitten by a tick?

The best way to protect yourself against Lyme disease and other tickborne illnesses is to avoid tick bites. This includes avoiding tick-infested areas. However, if you live in or visit wooded areas or areas with tall grass and weeds, follow these precautions against Lyme disease and other tickborne diseases like Rocky Mountain spotted fever, ehrlichiosis and tularemia: